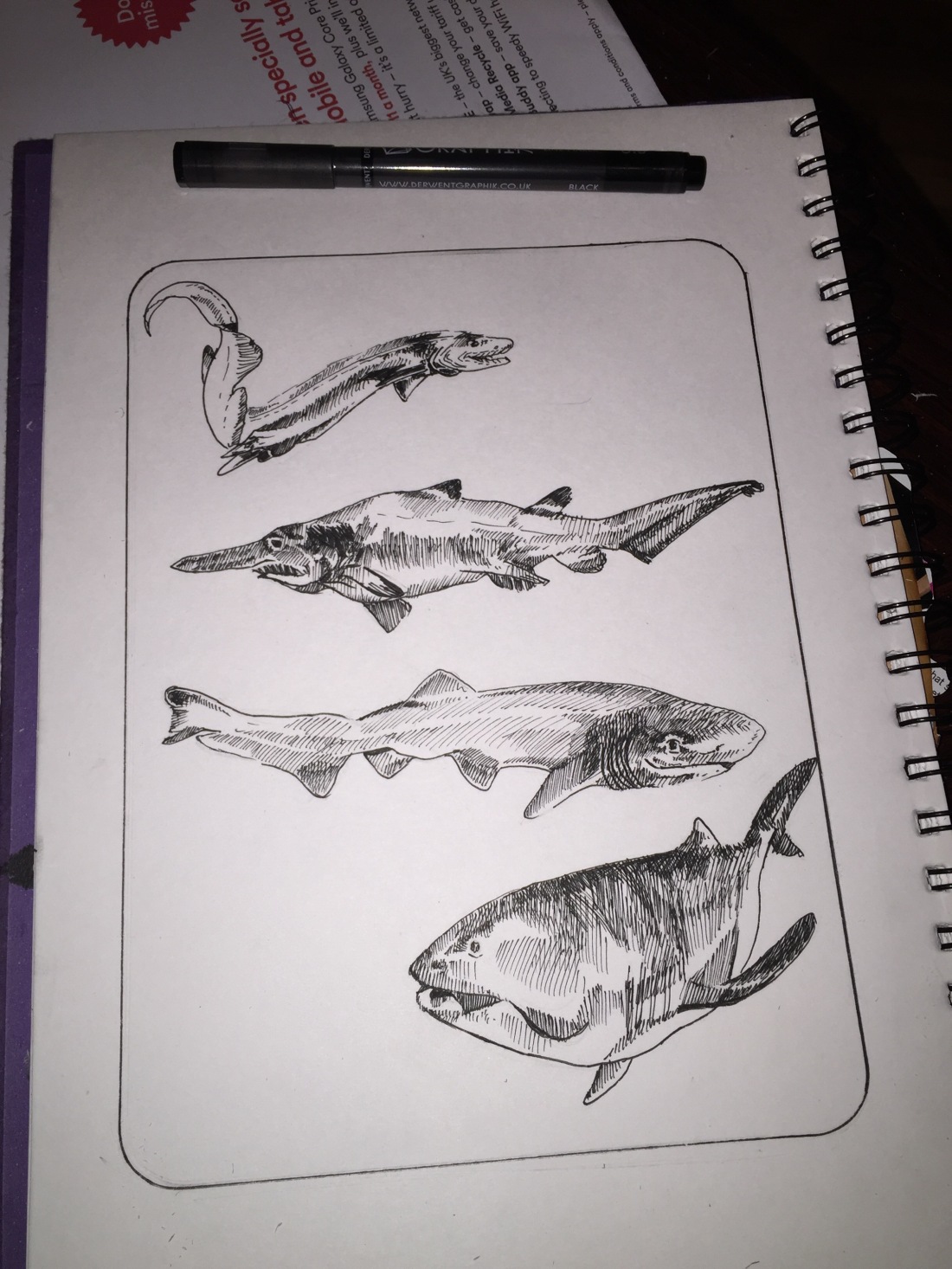 I watched an awesome BBC documentary on rare deep sea sharks last night (Legemds of the deep: deep sea sharks available on iplayer currently) with David Attenborough doing commentary. I thought they were beautiful and scary in a primordial way and I just needed to draw them (another ocean obsessed drawing under my belt)

The first image is drawn in derwent 1.0 fineliner and I’m really happy with the results and layout. I kinda wanted an encyclopaedia/ indie vibe. I may scan this image in and explore print options.

The second image I did not so much part of inktober but more because I got a pentel brush pen today I wanted to play with and get a rougher quality image with a Japanese feel as the pen has a Sumi quality. The hirigana in the corner simply means shark, and the shark is saying Hai because…well I actually think sharks seem pretty friendly and look like they’re just saying hi sometimes 🙂