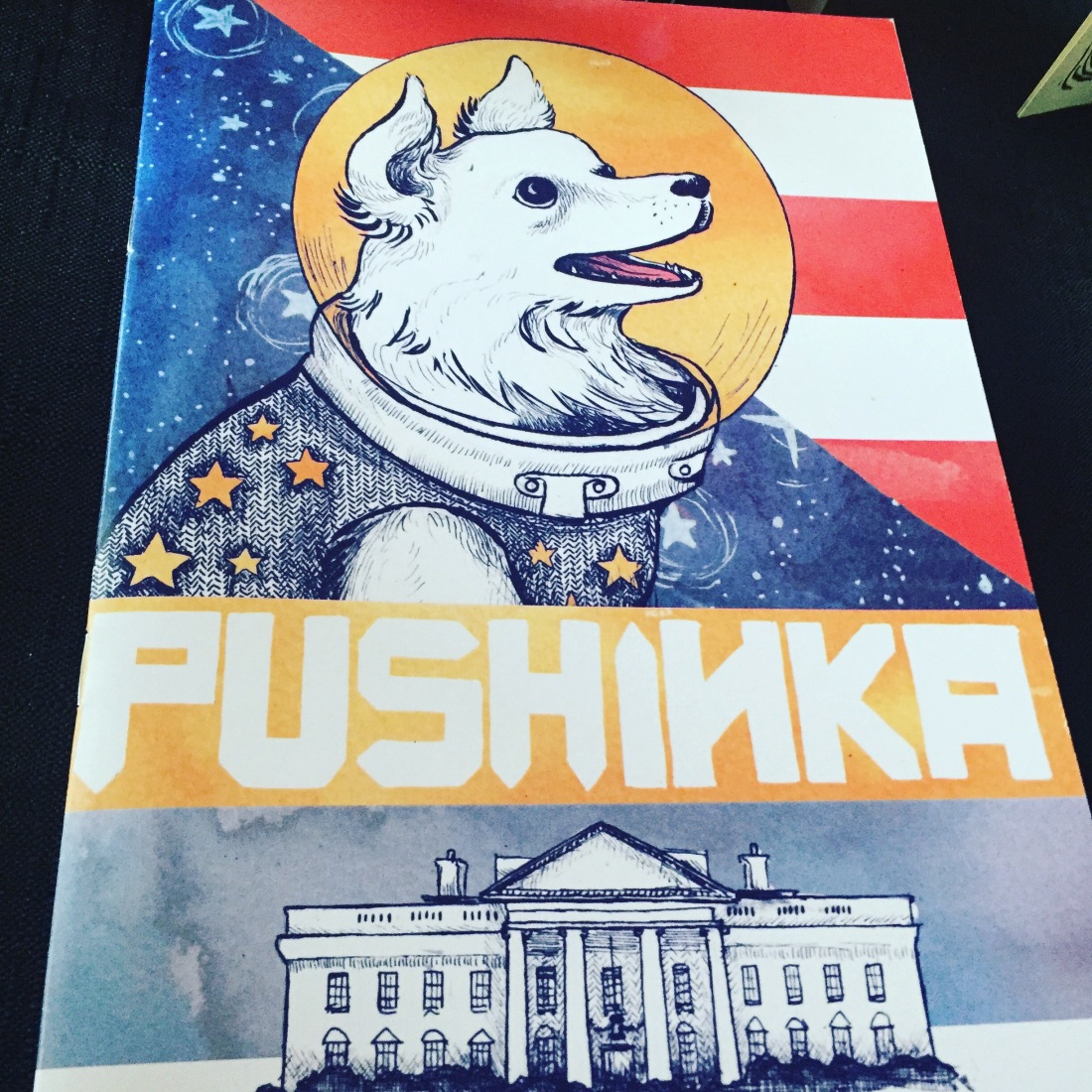 Another review of an ECAF purchase. Pushinka by Aimee Lockwood, based on the true story of the daughter of the Russian space dog Streaks who was given to the Kennedys in 1961.

I’m not a massive history buff, and my knowledge of American history is a bit sketchy at best sometimes but this book really caught my attention and left me feeling a little teary eyed at the end. 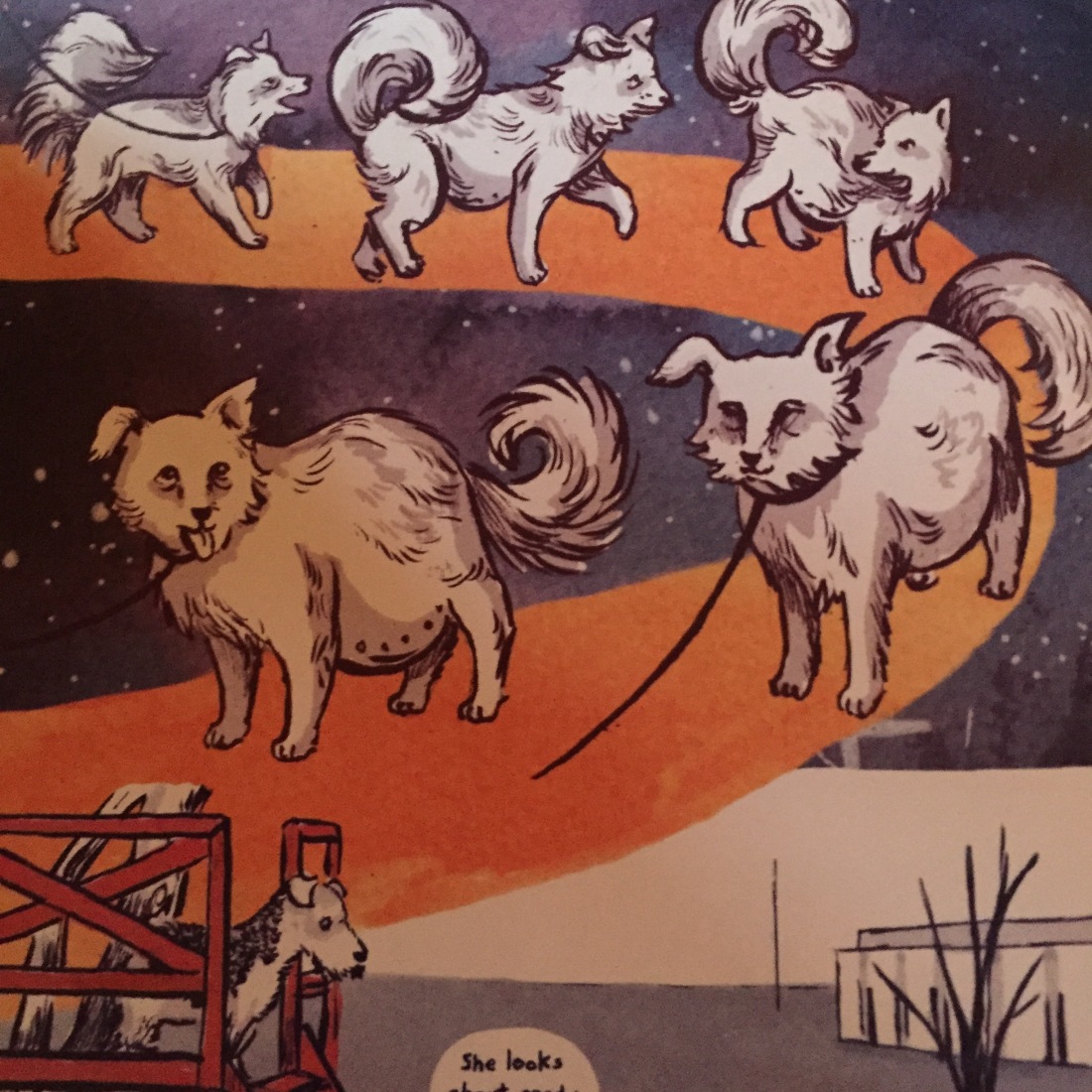 I’ve previously bought comics off Lockwood because her art is so gorgeous, I love the traditional feel of her linework and her textured colouring. Pushinka is no exception, Lockwood sticks to a 60s USA nostalgic colour palette of red, white blue and orange alluding to to soviet colours subtly throughout, her linework captures the playful movements of Pushinka and adds a 60s advertisement kinda vibe Which plays into the propaganda that was happening at the time. 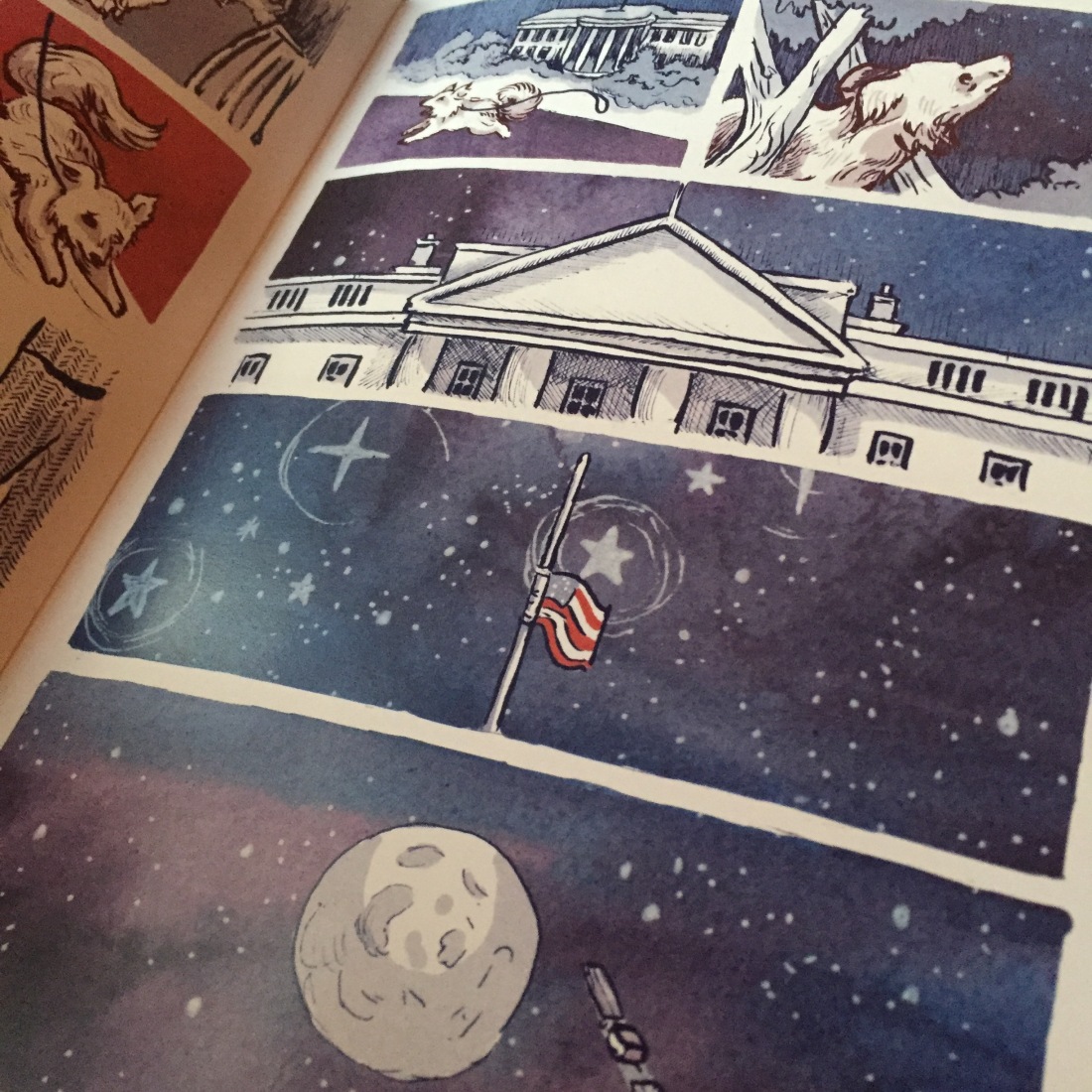 Overall this comic was a lovely read and is a great addition to my indie library, Lockwood’s other comics are definitely worth checking out (I previously bought North Coast Plagues which I also recommend)