I started uni yesterday and had my induction which was cool (I’m going to have access to all kinds of awesome stuff like laser cutters and screen printing….Huzzah!) I will do some proper drawing tonight and tomorrow probably, but here’s some doodles I did at the pub last night! 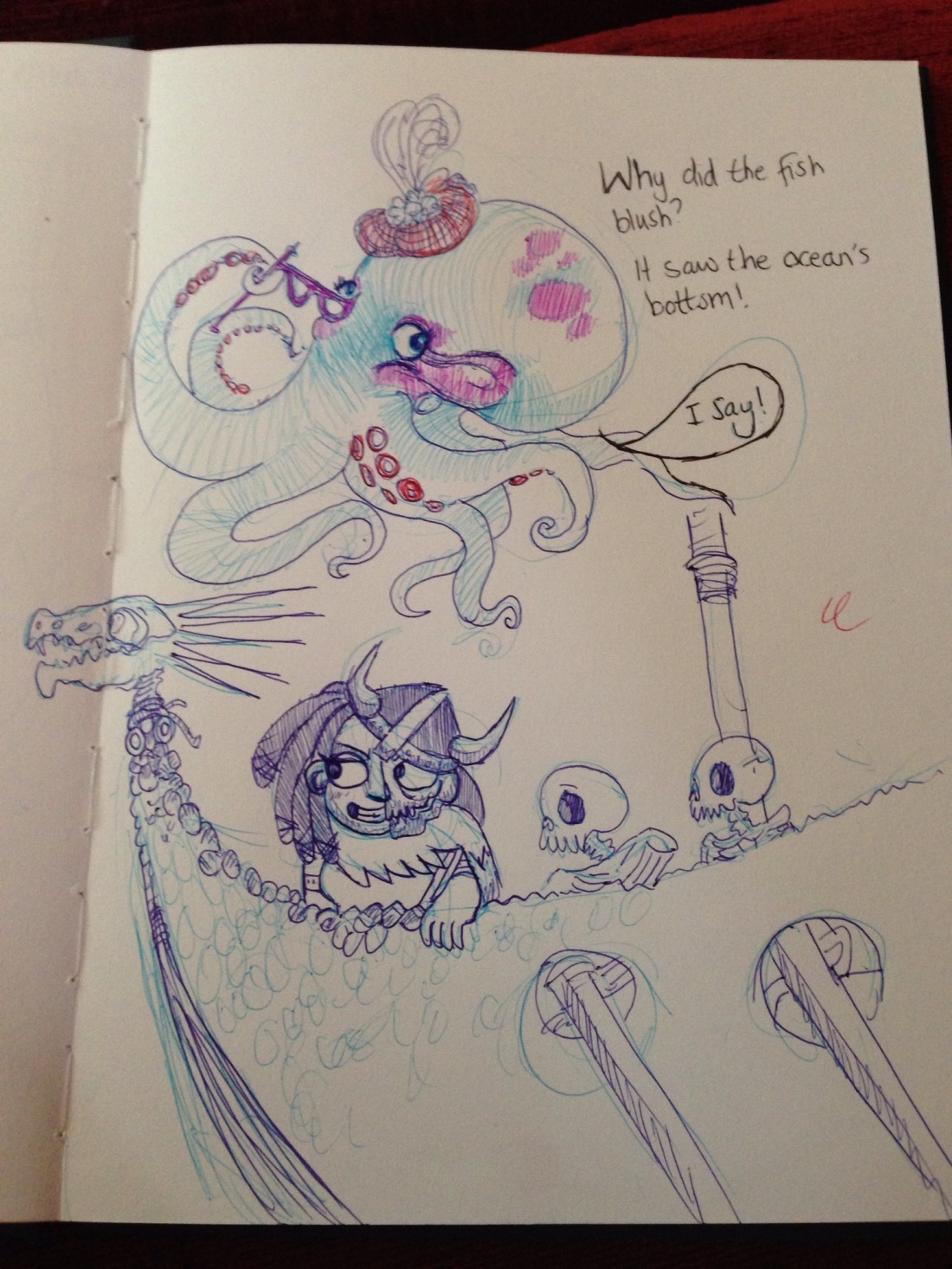 The first was done because my friend suggested an octopus with glasses but I wanted to draw opera glasses and then she became a bit posh. 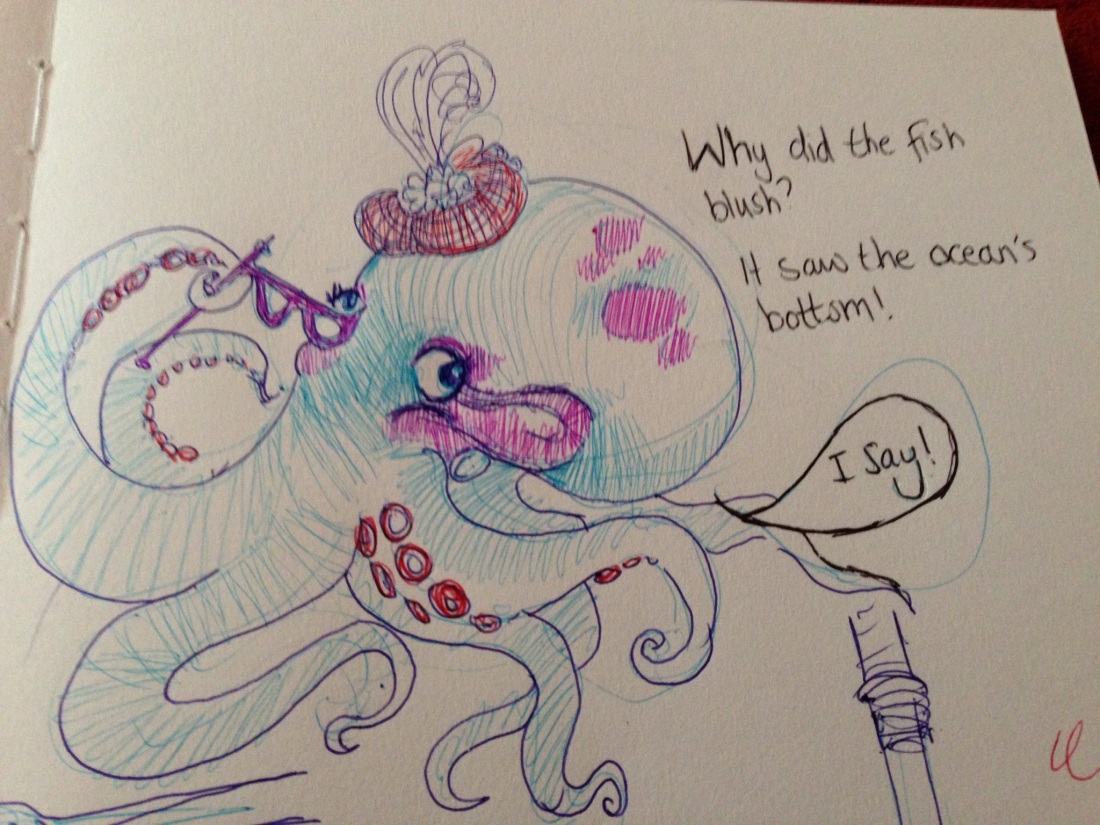 Then I decided to draw Hel Scott Pilgrim style and riding into battle on her boat of toe nails, which I think has turned out pretty good! I know Vikings didn’t really wear those horns but I figure someone tried it, died and Hel thought they were cool 🙂 I lost interest in drawing all the toenails though

(this is a real legend btw) 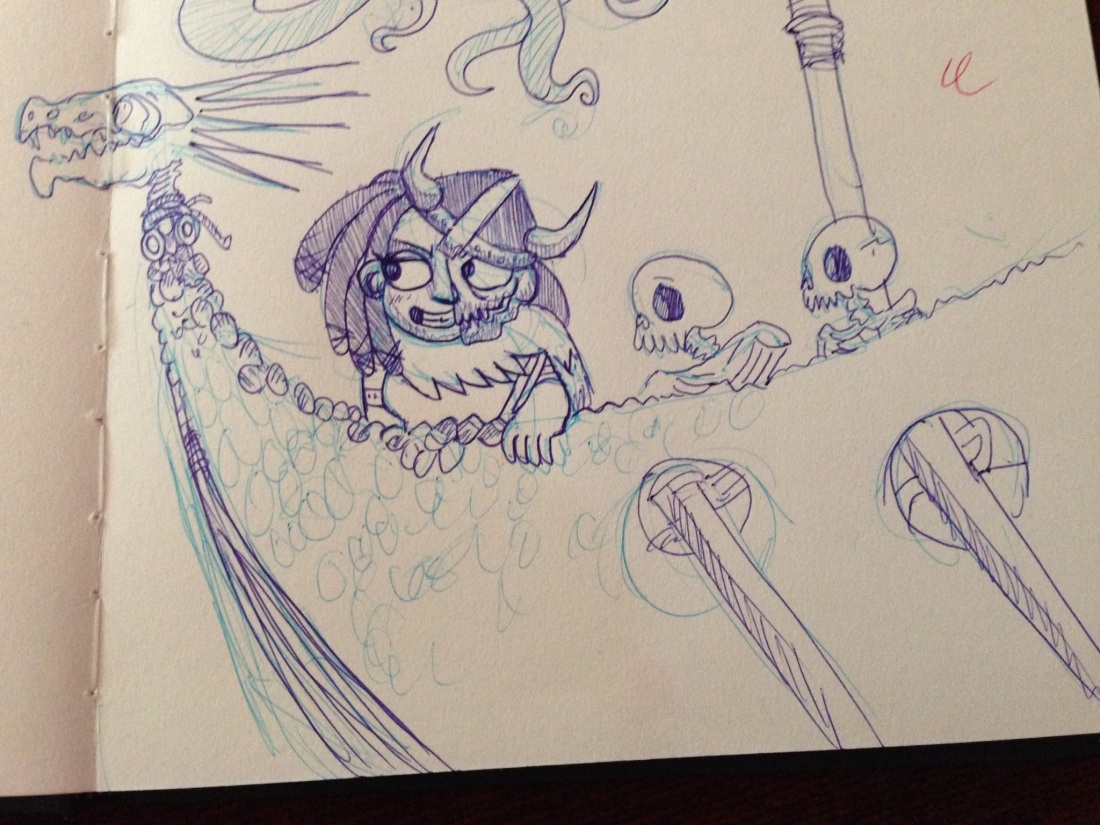